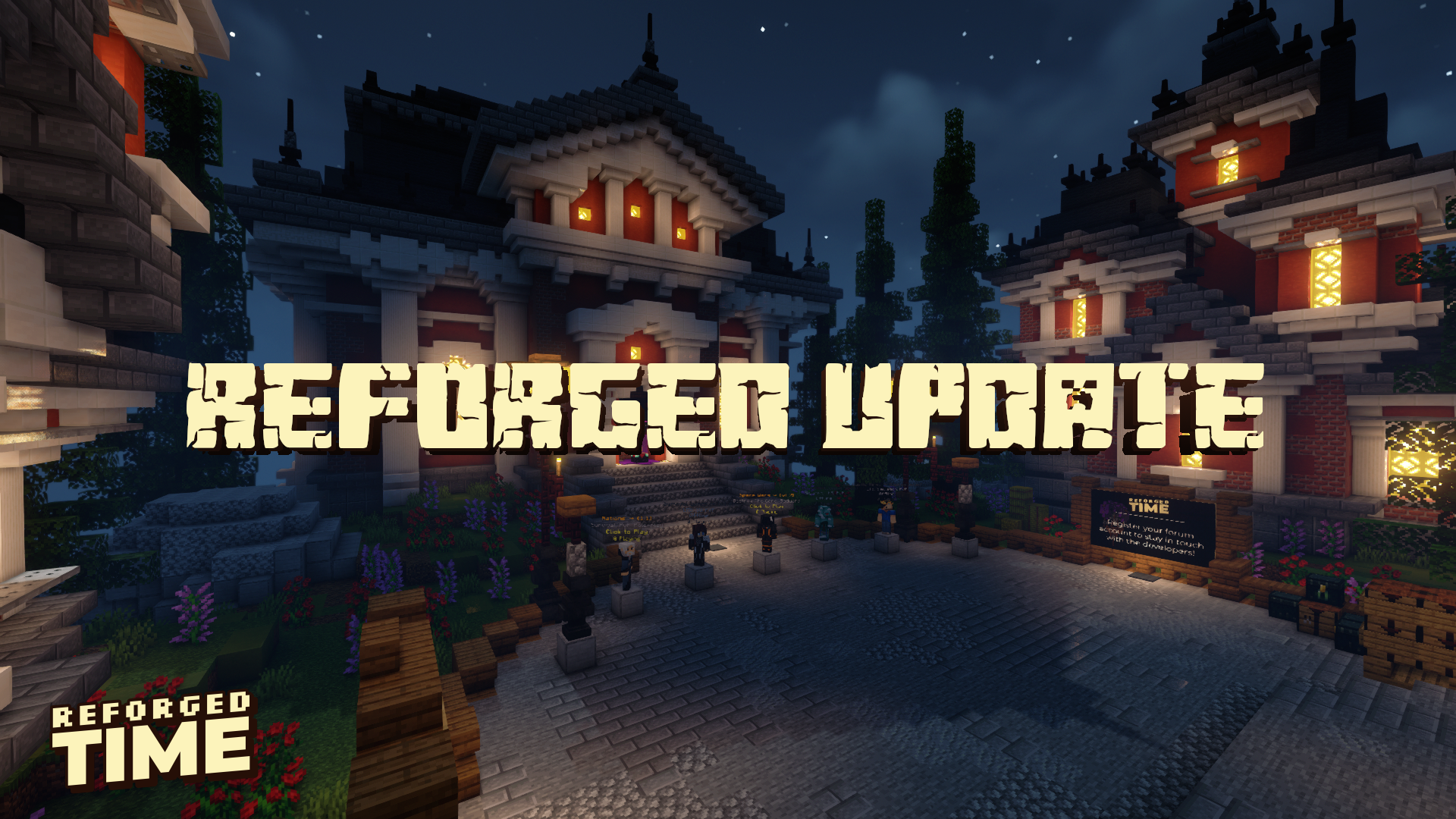 After a lot of hard work, it is finally time to present the Reforged Update! This update is -as the name states- reforging Reforged Time. This is done with a partial or full re-code from our plugins and the implementation from an API. The used database has also been changed. This all just to improve the server performance and speed. In other terms: the server has received an update which massively improves the speed and performance of our gamemodes. This means that you, the player, will get a better/smoother experience of our server.